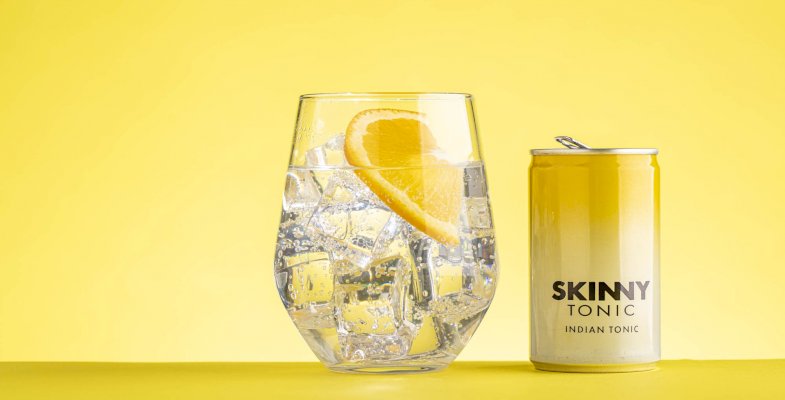 The firm has seen sales rocket, revealing a 1,734% leap in May, which also saw recurring order subscription customers increase by 850% in the month

What Skinny Tonic does:

Skinny Tonic (PRIVATE:SKTON) is the company behind the first zero-calorie, zero sugar, and 100% natural mixer to launch nationwide in the UK.

The brand was created in 2014 by company founder Ian Minton – a sufferer of type 1 diabetes - as a tonic water that allowed him to enjoy a G&T without the fear of his blood sugars spiking.

Aside from the original tonic, the firm has also launched a range of exotic flavours so cocktail lovers can enjoy a G&T spiced with the tastes of the Mediterranean or cucumber, or perhaps a vodka with clear coffee tonic, reminiscent of an espresso martini.

The group sells its product via listings with Amazon.com, 31 Dover, Muscle Food and Booths Supermarkets, and has a bespoke fully automated manufacturing plant in Liverpool capable of producing 6,000 cans per hour.

In January 2020, Skinny Tonic raised £1.565mln in a three-time oversubscribed placing through Seedrs, one of the most successful fundraises yet on the crowdfunding platform.

The funding round was an extension of an additional £265,358 the firm raised on Seedrs between July and September 2019, with the share price for both raises remaining the same at 378p each.

The funds raised were to be used to recruit a sales and marketing team for Skinny Tonic and to increase production capacity and product development, the group said.

How is it doing:

Skinny Tonic has seen sales get off to a flyer in 2020, and in March it revealed that three of its diet mixers were the top sellers in their section on Amazon.com.

Skinny Mediterranean, Skinny Indian and Skinny Aromatic were the most popular tonic products based on sales, according to the online retail giant. The group said its cucumber tonic would also have been in the top 10 but it had sold out two weeks before.

The firm has continued to see its sales rocket, revealing a 1,734% leap in May, which also saw recurring order subscription customers increase by 850% in the month.

It also revealed on May 30 that it has created a new flavour to reflect the exceptional demand from consumers, launching a new British Raspberry tonic to capture the summer fizz market.

On May 15, Skinny Tonic announced the appointment of ex-Winterflood Securities director Spencer Crooks as its new chairman, taking over from Dominic Berger.

Aside from Crooks, the group’s advisory board comprises: Tom Gilbey, a vintner by trade with a family heritage which extends 200 years in the drinks industry, as wine merchants, owners of the Gilbey gin brand and inventors of the Soda Stream; Jenny Robson, a communication, marketing and brand expert with over 30-years’ experience in a variety of high profile positions; James Curtis, a worldwide businessman and entrepreneur, trustee of the Curtis Family Trust, investing in both public and private companies for the past 35 years; and Nabil Mankarious, managing director at Fulham Shore, owners of the Franca Manca and The Real Greek restaurants.

What the boss says:

Following the new chairman’s appointment in May, Steven Wilkinson, a founding director and COO of Skinny Tonic commented: "We are delighted to bring together such a strong and ambitious board, they bring a variety of experience and expertise, mixed with huge drive and determination. All the right ingredients that will help in creating SKINNY TONIC into a very special brand.”