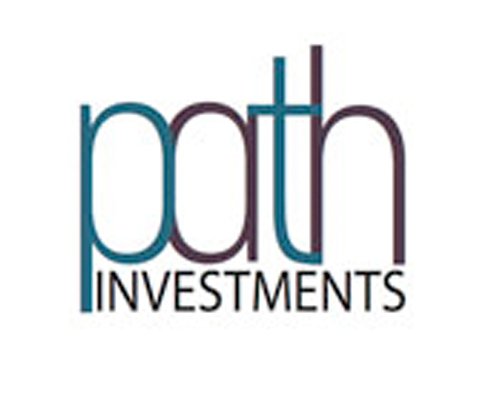 Great news ! Path has applied to be re listed again. Published on the London Stock Exchange

Fundraising and Application for Lifting of Suspension

Path Investments plc (TIDM: PATH), the energy and natural resources investment company, is pleased to announce that it has raised £184,000 by way of an oversubscribed placing of 24,188,760 new ordinary shares of 0.01 pence each ("New Ordinary Shares") at a price of 0.75 pence per New Ordinary Share (the "Placing Price") and the sale of 357,142 ordinary shares of 0.1 pence each held by Path as Treasury Stock at a price of 0.75 pence per share (together the "Fundraising"). Keith, Bayley, Rogers & Co. Limited acted as sole placing agent.

It is intended that the proceeds of the Fundraising will be used to fund the exploitation of the commercial benefits of Path's recently announced acquisitions of DT Ultravert and the Kansas Nitrogen Reserves and for general working capital purposes.

The Placing Price represents a price equal to the closing mid-market price of 0.75 pence per ordinary share on 15 December 2017, being the last trading date of the Company's ordinary shares on the London Stock Exchange prior to the announcement of the Fundraising. The New Ordinary Shares will represent 10.99 per cent. of the Company's share capital as enlarged by the Fundraising.

"The Board is pleased that this oversubscribed Fundraising has been completed successfully. This share issue, together with the proposed 15,000,000 share issue to the vendors at completion of our recently announced acquisition, represents the maximum permissible share issuance during the current 12-month period without the publication of a Prospectus.

"We are very excited by the opportunities presented by our acquisition of DT Ultravert and the Kansas Nitrogen Reserves, and in particular the economic and environmental benefits that may be provided from the use of the technology.

"This is the first step in the relaunch of Path and I look forward to providing further updates in due course."

Application for Lifting of Suspension and Admission of New Ordinary Shares

Completion of the Fundraising is conditional, inter alia, upon admission of the New Ordinary Shares to the standard segment of the Official List of the FCA and to trading on the Main Market of the London Stock Exchange ("Admission").

Application has been made to the London Stock Exchange to lift the current suspension of Path's ordinary shares and for the New Ordinary Shares to be admitted to the standard segment of the Official List and  to trading on the Main Market; it is expected that Admission of the New Ordinary Shares will take place and that trading will recommence in the Company's ordinary shares at or around 8:00 a.m. on 23 June 2020.

Owing to the current COVID-19 outbreak, the Company will be unable to complete and post its annual audited accounts to shareholders for the year to 31 December 2019 by 30 June 2020.

The Company will publish its annual audited accounts for the year to 31 December 2019 by 30 September 2020. Path has also applied for and been granted an extension to delay the filing of its audited annual accounts by Companies House until 30 September 2020.

Following Admission, the Company will have 220,132,562 ordinary shares in issue, each share carrying the right to one vote. Following completion of the Fundraising the Company will no longer hold any shares in treasury. The above figure of 220,132,562 ordinary shares may be used by shareholders in the Company as the denominator for the calculations by which they will determine if they are required to notify their interest in, or a change to their interest in, the share capital of the Company under the Financial Conduct Authority's Disclosure and Transparency Rules.