Based in the Stockholm office

Janne has substantial experience of performing office management, recordkeeping and accounting tasks of club / member management. Janne has in-depth knowledge of the Clubs administrative controls and their implementation including the club’s website management. 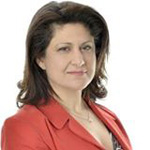 Soraya has over 20 years experience in various companies.

Soraya is a Director of Anderson Property Developments Ltd. and Chairperson of Business over Breakfast Heathrow. 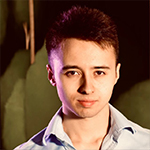 Kieran is a committed young entrepreneur with a vibrant background in financial services, business, digital marketing and tech. Kieran works with ABC to provide engaging, digestible content to its Members through webinars, events, learning materials and more. 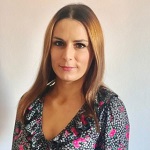 Based in the Gibraltar office.

Angel Business Club works with a carefully selected team of business professionals who continuously add value to our client companies and assisting them in reaching their goals faster and in a more effective way. In our evolving community we will invite people with core and special competences to grow our team and collective expertise. 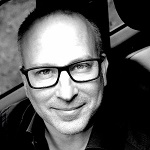 Dominic began his career in media in the film Industry as an assistant director. In 1994 he was awarded the Colombia Studios scholarship to the National Film and Television School (NFTS). On leaving the NFTS he went on to successfully produce a number of feature films and adverts, finally selling his production company to the K Media Group Limited.

In 1998 Dominic co founded Switch2.net, pioneering one of the world’s first online TV platforms. In 1999 he joined BlackStar Associates, the largest online video and DVD retailer in the UK, as Managing Director. BlackStar was awarded British Video Association Best Online Retailer Award in 2000.

Dominic was appointed Managing Director of Europe for Umbro.com, a specialist sports oriented dotcom headquartered in London and owned by Doughty Hanson & Co, one of Europe's largest independent private equity fund managers. In 2003 he founded Venue Solutions, a strategy consulting business targeting the sports, arts and leisure markets to improve management of any type of venue. In 2005 Dominic lead the flotation of Venue Solutions Holdings Plc on to the AIM market.

He founded Tangibal Group Plc in 2008 which he listed on the German stock exchange in 2009. He exited the business in 2012 when he sold the business to Universal Outdoor.

Since 2013 he has worked in Corporate Finance advising businesses on their corporate development.

James commenced his finance career in 2004 and has amassed a wealth of experience across various industries and sectors. Most recently providing services and guidance to blockchain clients to ensure they are fully compliant in the Gibraltar jurisdiction, together with expanding the accounting offerings of the Fiduciary services provider which he is also a director.

In addition, over the last few years, he has gained further experience in the workings with both Private and Experienced Investor Funds in Gibraltar, to also include being appointed as a director to an ever-growing Experienced Investor Fund dealing in private equity markets. This position is regulated by the Gibraltar Financial Services Commission. 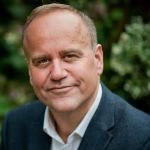 Nigel brings complementary business development services to Angel Business Club that founders or management can leverage including, yet not limited to: market and technology due diligence, introduction to key talent and resources, introductions to potential technology, service or sales channel partners, Enterprise and SME client introductions across various verticals, market sizing, go-to-market strategy, yet also hands-on execution in sales, marketing and operations.